The Paestum plain is at once austere and fascinating. Here, nature offers poetic, enchanting panoramas. Archeological finds prove that Paestum and its surrounding areas were inhabited in pre- historic eras. The city of Paestum was founded at around the start of the 7th century BC. When Greek colonists conquered the area they named the city Poseidonia, in honour of Poseidon, god of the sea.

Its location near the river Sele in the gulf then called Posidoniate – now Gulf of Salerno – permitted the city to expand and prosper. The city owes its current name and historical heritage to the Romans who after defeated the Greeks in 273 BC founded a Latin colony and named it Paestum.

Paestum remained loyal to Rome, even trough the most difficult periods of its history. The Romans rewarded this loyalty by granting the city the privilege to mint its own bronze coinage, up to time of the emperors Augustus and Tiberius. At Paestum the Romans built magnificent constructions such as Thermae, the portico of the Forum, the Temple of the Peace and the Amphitheatre.

The city remained in continuous occupation throughout the Roman imperial period but started to go in decline between the 4th and the 7th centuries, probably due to changes in local drainage patterns, leading to malarial conditions. It was abandoned during the Middle Ages and its ruins only came to notice again in the 18th century, during the reign of the Bourbon king Charles III. After the ridiscovery the monument were given the names they still bear: the Basilica, Temple of Nettune, Temple of Ceres. 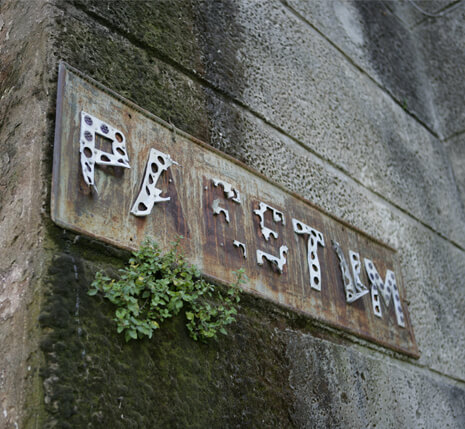 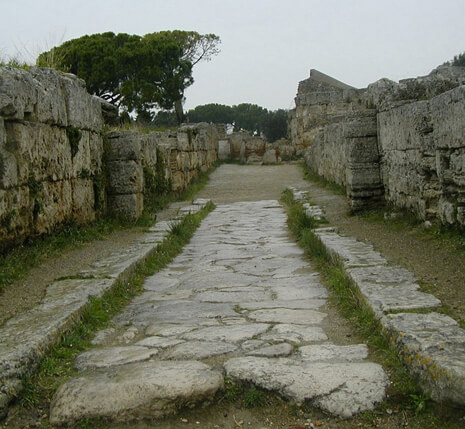 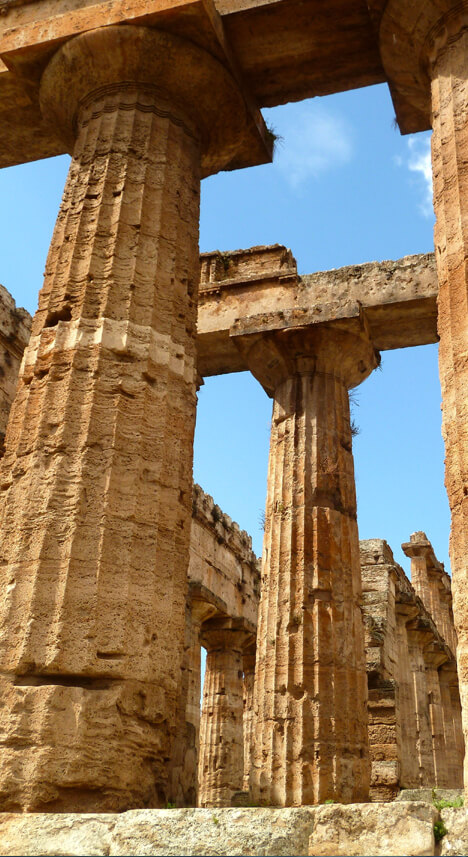